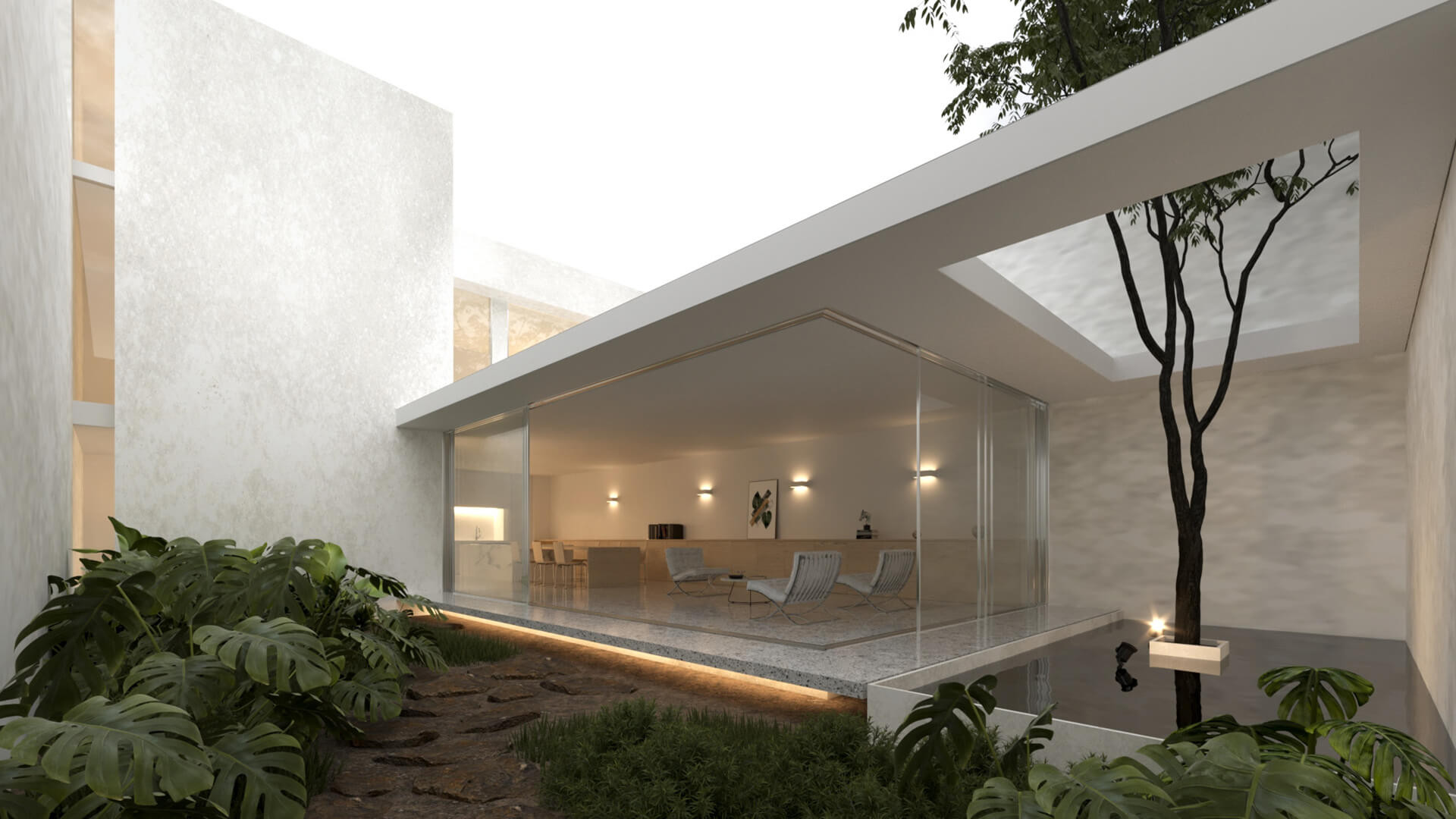 Jalpa is located in the Mexican state of Zacatecas, about a two hours drive south of the capital city, Zacatecas. Jalpa is a colonial-style city, so most houses are painted in bright colors just as in colonial times, with cobblestone streets, narrow walkways, two main churches, and plazas the city of Jalpa seems like a magical little place frozen in time. The House itself reminds us of the baroque churches but looking forward to the future in a minimalistic and majestic piece.

The house closes to the chaotic exterior due to a solar incidence in the west and a search for introspection and total disconnection with the outside, generating inside a world of its own full of visual simplicity and nature, while in the middle of the façade it’s open to the exterior due to commercial use of that space but avoiding the solar incidence of the west, moving the glass back a little and protecting itself with the upper overhang. Interior perceive with the tranquility that space generates through colors, proportion, light, and overall minimalism. ( taken from Amazing Architecture.)

As a sculptural monolithic piece, this house designed in a town of Zacatecas, Mexico named Jalpa, which means in Nahuatl “place over sand” enhances this concept through his introspective atmosphere with the off white color of the piece abducted from the natural color of the sand in the zone.

Take a look at the Jalpa House design process. 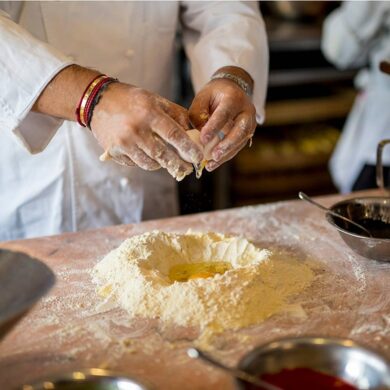